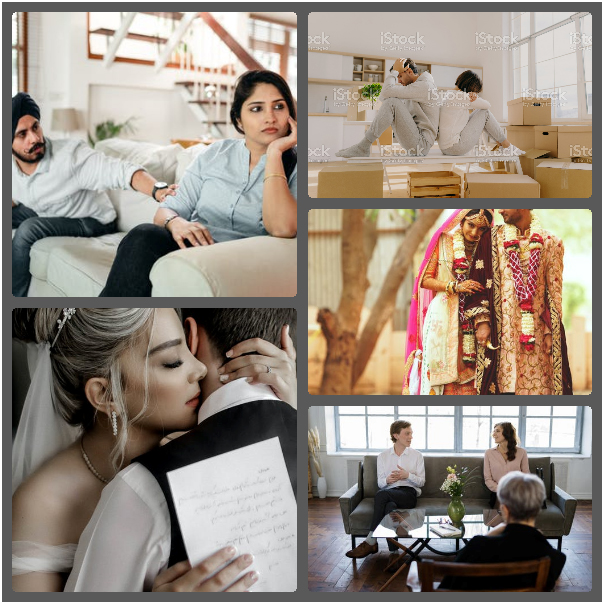 Jhanju could never imagine that there will be any marital dispute in her 20 years marital life. She sacrificed all her time energy money and resources to make her husband Sansu more successful and powerful. She never thought that one at the age of 50 her husband will develop extramarital affair and leave her to fight court cases. Jhanju did not know even one single name o f a Lawyer and now all money time resources were used against her which she made her husband to grow. If Jhanju would have known law before marriage she would have been known to prepare herself for this unwanted fight.

As Flavia Ignes saysLegal feminism, Feminism lawyering must be known to all Women’sand social and legal perspectiveof Marriage is also a social need. What is meaning of Divorce and its legal reality and social taboo related to divorce is also a part of Law justice and gender justice. Life of women in society and law lived experience of women Legal academic Legal pedagogy is need of hour. Roger Cottrell 1989Social economic political and legal concerns of women Hindu marriage social perspective  Feminist perspective, Gender perspective, Law justice and gender is missing in the social perspective in marriage and women .

How life and law does not go side by side between the Meta narratives of lives and the lives lined by women Lived in practice of life against the grain of formal law. Preparing every woman to enter in the legal premises and skilled of litigations against the rigor of social discourse. The social discourse of marriage is how a girl is trained to be fit into patriarchal norm of responsibilities and if failed then without the knowledge of legal proceedings and lived experience no one to defend her in the legal filed left with resource less and legally illiterate she is being forced to search shelter in patriarchal norms .Legal academics legal pedagogy legal boundaries premise is must in the life of women .Social realities Legal literacy And judicial discretion.

As Jeremy Bentham as he opposed fundamental axiom is considered to be right natural selection of right or wrong .It is measured that greater number is to write or wrong as he advocated individual economic freedom, separation of church and state , freedom of expression , equal rights for women, right to divorce , decriminalizing homosexual act, oppose the idea of natural law and natural rights that is preexisted Marriage women and divorce Watermark says marriage is matrimony or wedlock which gives conjugal rights to man and women and it is sanctioned by society. Social theory of marriage by George Murdock Marriage if for functionality (family reproduction economy and society family, sexual relations which is necessary for the survival of the society)of the social system as sociologist George MurdockRole of marriage and family Conflict theory As Blood and wolf 1960 found in hire research that conflict means simple involvement of rules in the family by man to women and by parents to children division of power .