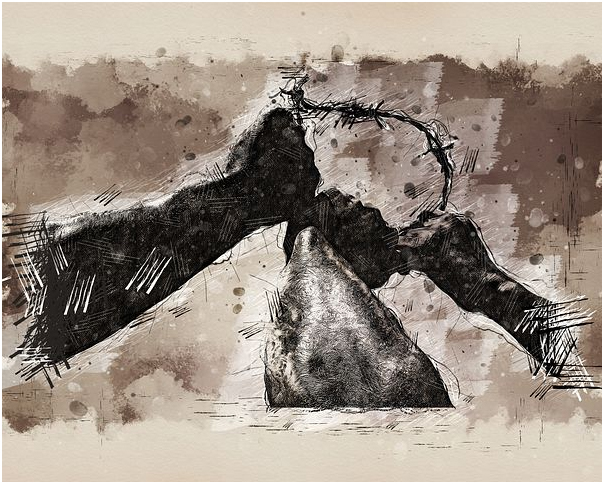 which is worse ?slavery or untouchability? Dr Bhim Rao Ambedkar

Topic is accessible in volume 5, chapter 3 and  of Dr Ambedkar series under the title ‘Roots of the Problem’ ‘ parallel cases.’

“There are some paragraphs which are even missing in volume V and chapter 3 and 8 which are also included in this article.  The authenticity of this article can be established on the basis of publisher Sri Devi Dayal  who was associated with Ambedkar in 1943 to 47 . It is very significant to speak is  from page number 1 to 11 and in volume 5 page number 80-88 bear special significance and this credit can be given to must Bhagwandas of daily and devidayal the editor. “Dr Ambed kar

Why does caste system is not going away from Indian social system and how it has become global due to the Indian diaspora across the world ,the main reason is bad in Hinduism people deny  it and do not accept that there is untouchability and there is caste system worst thn slavery.

Dr Babasaheb Ambedkar gives the reference of  ancient Smriti and Manu with systematically institutionalised caste  system. Indian ancient historical lifestyle of cast would not have been week and on the surface if in 1843 the British government would not have abolished it.

This article caste and slavery  is very significant that Ambedkar is doing  comparison between the caste system and slavery which is worse ?slavery or untouchability?

In the present scenario

When we talk about Caste system   we do not find the cases where an untouchable is dying a broom backside and hanging in earthen pot in the neck but untouchability has become globalised and emerged in the caste from.  Indian  government has brought 10% reservation on the basis of economically weaker section which can never be the case of Indian society because economy has never been a reason to cherish the success  in the Indian society.

Primarily India is based on the caste where economy does not matter even the education and any kind of success or scientific, Sports noble prize any other success do not  matter but  first and foremost  is caste.

This is not very surprising to say that the caste system is so deep in the Indian lifestyle immediately even if in the metropolitan and rural area the moment 2, 3, 4 people meet the first and foremost query arise among is what is your cast this is this is a scenario in 2020.

Who are the people who ask about the cast and that is primarily the upper caste those who claim to be higher in the ladder untouchable amaong them  will the caste but the upper caste will start elaborating and give numerous examples about their caste and ultimately in the group the lower caste person is made to feel  psychologically down  and not given respect and dignity despite being the highest educated most successful in any form of awards and extremely wealthy.

Kabir who is the great philosopher and a social reformer said

it’s easy to explain that if you have to you put the value of the sword then  value the  quality and utility of the Sward , question of talking about the Myan  or carry bag in which the sword is being kept is useless.

Why Dr  Ambedkar was forced  to convert is also the valuable question.

Mis Mayo  once asked the question to Lala Lajpat Rai about the caste and Lala Lajpat Rai said that Indian Hindu system doesn’t have any cast and there is a one system in America which is slavery which is worse than caste.

before we elaborate  comparison between caste and untouchability let me put some fundamental facts which  are put forwarded  by  dr Ambedkar .

comparison between untouchability and slavery

We find numerous examples in the autobiography of Fredric Douglass

In  which American White Masters never allowed their slaves to work in the contaminated areas of disease to protect the slip from being ill so the production in the plantation will not be affected,

Dr  Ambedkar further  goes and States numerous examples of Roman empire, Augustan age  in which king August ruled  Greek and European system of slavery an interesting a break the toxins that‘activities of slaves in commerce are innumerable:  numbers of them are  shopkeepers  selling every variety of food, Bread ,  meat,  Salt fish wine vegetables beans, Supine-seed, honey,curd ham  Ducks and fresh  fish others deal in  clothing sandals shoes gowns and mentals,  inRome they plied decorate in the neighbourhood of the Circus Maxi bus or the portions Trige’minus:or the Esquiline Market or great Mart(on the Caolian Hill).When the Roman empire and other engines civilizations in Europe used slaves as a secret agent for the street and there are numerous examples with source that there is a use of surprising and remarkable use of public slaves under the Roman empire and they occupied extraordinary social positions.

The house of Caecilius Jucundus of Pompei in  which slaves  secretaries and  agents acted very actively in the state affairs and that is the reason we find slaves of states, slaves of the Township, slaves of  farming.  Caesar comprises much of what would now call to parts of the higher and whole of the lower branches of civil services and servants of municipal corporation working both with the head and hands in the subordinate level of the treasury the word numbers of slaves involved as  financial officers and  all freedom was given them as a free man. They did  business and was strange of ministers night soldiers which involved in the state services unexceptional success are the few historical Roman lifestyle of slaves which talks about the fundamental execution of human potential through slaves and there is no doubt that this successful and inclusive life style of slaves  inspired others to fight for the freedom and live a better human life even in ancient Rome and other historical civilizations of the world.

such was the defective position of the slaves in Roman society letters done to de facto position of negroes in the United States during the period which they were used as slaves in the eyes of law as  Lafayette  himself had observed that black square soldiers who fought in the revolution and even there was a private University and school which give access to Negro students.