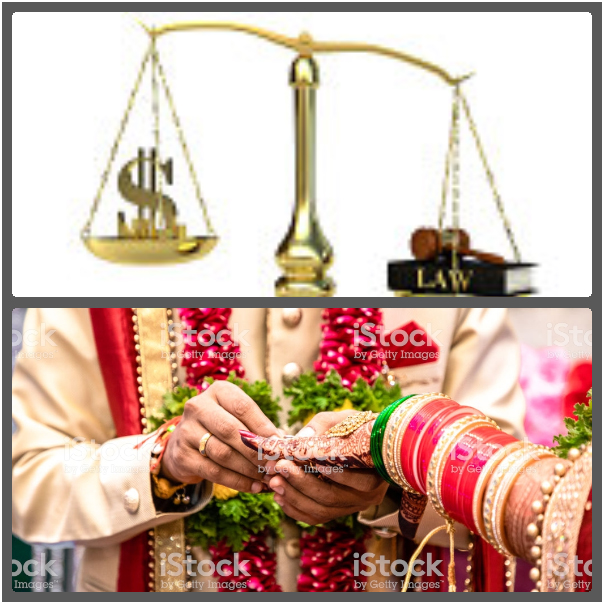 Ignorance of women towards legality of matrimonial disputes.

We do never have any such language neither in our syllabus nor in day today discourse. Girls are being prepared in marriage to please mother-in-laws and other family members and marriage for girls is celebrations, clothes, jewelry, and honeymoon. The real face of society is kept in disguise and the domination and certain hierarchical relations which are almost difficult to manage are never revealed and nor made to understand. The divorce rate is less than one percent in India but the rate of separated couples is thrice of the divorce. If the data related to divorce are very less it does not mean that picture is rosy actually this is opposite.  That is the reason that now things are changing and the concept of single mum is very popular in metropolitans in India.Dhruv Hazarika has right said that empowering women means equippingthem economically self-reliant.As we see the emerging trend of single mother by choice, India single IVF mum or going solo as a mother the independent women opt for having child with the help of donarspurm and become proud mother .As same sex marriage is not crime, Live in relation is legalized so people want to avoid all kinds of legality of marriage and still want stay together and having children by choice. Adultery no longer a criminal offence says Supreme Court (BBC 2018) according to court women is no longer an abettor or encourage. We all know about this institution and this has many dimensions. As social, cultural, caste and religion institution marriage is changing.  But still marriage is culturally recognized by the society between two people around the world. As discussing about these issues the Marriage Is also called matrimonial obligation in the language of the court.

Watermark says marriage is matrimony or wedlock which gives conjugal rights to man and women and it is sanctioned by society. Social theory of marriagegiven by George Murdock

Marriage if for functionality (family reproduction economy and society  family, sexual relations which is necessary for the survival of the society )of the social system as sociologist George Murdock and further talks about the role of marriage and family and also of Conflict theory of marriage.As Blood and wolf 1960 found in their research that conflict means simple involvement of rules in the family by man to women and by parents to children division of power .Where people want to make family as private affair and no state intervention.As Larossa and Reitzes 1993 family as a symbol and regular efforts to make it best social construct in social perspective is it is cultural universal it serves social functions norms determine the role of each spouse

Marriage in India is inevitable everyone in India is conscious about marriage and it seems that everyone is married and those who are not at the verge of marriage. For marriage many thing are ignored as many times job then compatibility. Main focus is marriage and having children even if married couples are not able to feed the children. That is why India is having largest population in the world. Even if p people are unemployed, uneducated, ill, and physically disabled but having children is compulsory.in India unmarried man arouse curiosity and unmarried women pity. As Vyas the author of Mahabharata says what is not there I’m Mahabharata is not there anywhere. But there is no mention of divorce in Mahabharata. This paper is concerned Indian scenario for t marriage divorce and women. Choosing the topic focusing more on social perspective has certain reasons and consequences and as per understanding of this paper   by discussing these issues we are opening doors to safeguards matrimonial rights for women who have to suffer due to lack of this legal literacy Legal academic and legal pedagogy. Asper the reports and survey (BBC survey of2016) revels that out of 1000 marriage only 13 marriages granted divorce? This is pleasing scenario on the papers.  But one fact is necessary to countered  here is the Percentage of the separated people is thrice then the divorce  the percentage of divorced .It means on the basis of court judgments people are not divorced but staying separate.When we talk about the marriage and divorce Roma Mehta writes in EPW that, problem of love and hate of marriage and remarriage are solved on the simple plan which is worked out of community only.

May be some people might not agree with this but more or less India has the same scenario.

Marriage in India is a compulsory social obligation from the parent’s point of view which needs to be performed in all the circumstances. That is why marring to his two to three daughters a poor father lose all his savings and property and finally finds two out of three daughters has come back  with broken marriage to his  home with children again the social taboo, increased economic responsibility and psychological problems in the upbringing of the children .

Edward watermark 1891 his book on marriage takes a more or less durable connection between the male and female lasting beyond the mere act of propagation till after the birth of offspring in the life of poor This is more or less the traditional approach as we are able to see various in the metropolitan cities and with the higher education rate of women educating and becoming independent. Most important points which are missing in the socialization of the marriage as an institution is transition from sacrament to contract and within this framework of contextual union the ingredients of valid marriage and various matrimonial relief such as annulment judicial separation restitution of conjugal rights and dissolution of marriage (marriage, divorce and matrimonial litigations Flavia Agnes, 2011).